All of our services are available online from the comfort of your home or away…  You don’t have to fight traffic, look for a parking place or wait for the bus in the rain…  Using the new technologies, you can use your desktop, laptop, tablet or smart phone for real-time high definition video conferencing from any place in the world.

Rabbi Ely M. Braun, M.Sc. (Ed), is a Charted Mediator (C.Med.), a Roster Mediator, Ontario Mandatory Mediation Program – Ottawa /Toronto. He is also an RP (Registered Psychotherapist) in Ontario, Canada. He first started mediating in the mid-1970s while working as a Hillel Chaplain on a university campuses of Buffalo, New York. There he dealt with issues ranging from student/landlord disputes, community/campus conflicts, educational discipline and on campus inter-organizational conflicts. As a C.P.E. trained Hospital Chaplain, his mediation repertoire expanded to family conflicts connected to health care and end-of-life decision-making. Having been trained in Family Systems, as well as serving congregations in the U.S. and Canada, his mediation expanded to family issues regarding rites of passage, children, adoption, separation, and divorce. 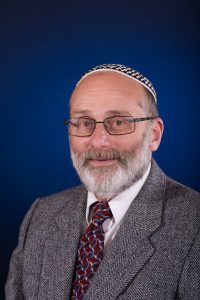 The Gishur Center utilizes “interest-based mediation” where we focus not on a winner and a loser, but on finding a situation that’s of mutual interest to both parties. The true goal of mediation is to retain a sense of respect for both parties, no matter what the issue is. We use creative problem solving techniques, brainstorming, discussion and counseling/coaching techniques to find out exactly what your needs are, and what you hope to achieve, so that we can work together on a goal. We help you find the best solution for what may seem to be an unresolvable problem. For more information, or to schedule a consultation, feel free to contact the Gishur Center.

Disagreements, conflicts and disputes are part of everyday life. Sometimes, we need help in managing a conflict or arriving at a resolution that will be acceptable to all parties and will endure over time.

The Gishur Center is a provider of a variety of Alternative Despute Resolution (ADR) Services.  The Gishur Center was founded by Rabbi Ely Braun who has dedicated four decades to building bridges to understanding.

Mediation is a voluntary and confidential process in which the parties to a conflict agree to appoint a neutral third-party who will assist them in resolving their dispute. Through the examination of their interests and needs, as well as the exploration of creative options, the parties develop mutually satisfactory solutions in a timely and cost-effective manner. 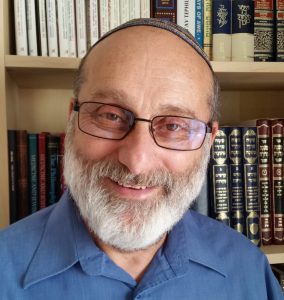 Rabbi Ely (Eliahu) Braun is a Registered Psychotherapist (RP) in the Province of Ontario, Canada. He works with Adult individuals, Couples and  Families. His training included Family Systems, Hospital based Clinical Chaplaincy, Hypnosis, Brief Dynamic Psychotherapy, Instructor training in Core and Couple Communication, as well as, training in Clinical Supervision.

All our services are available online,
from the comfort of your home
or away.
You don't have to fight traffic
or look for a parking place
or wait for a bus in the rain.
Using new technologies
you can use your desk top computer
(It will need a camera for video conferencing)
your laptop
or tablet
or smart phone.
for real time high definition
from any place in the world.
Previous
Next

You can call during office hours

You can email us at   info@gishur.ca

You can email us at     info@gishur.ca

You may contact us by filling in this form any time you need professional support or have any questions. You can also fill in the form to leave your comments or feedback.  (Please remember to press SUBMIT)